If Americans know about Malawi at all, it’s because some years ago Madonna adopted two children from here. Madonna has returned several times and has invested in local schools and communities through her Raising Malawi foundation. Good works for sure, but that is not the sort of “adoptions” I am talking about here.

Rather, in my three days in Malawi I’ve been adopted each day by a local Malawian – or, two or three!! – who have given me tours of their city, walked me through the colorful local market, and taken me to different parties in the evening!

The Warm Heart of Africa 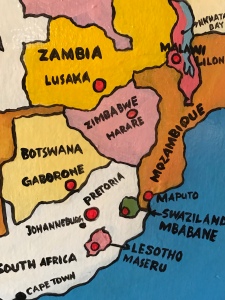 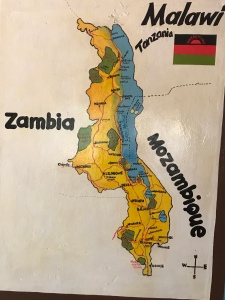 Malawi is called the “Warm Heart of Africa” and the friendliness of Malawians is legendary among travelers in this part of Africa. But rarely is it so appreciated than by a solo traveler like me, hoping to make some connections, build some friendships, and find people to explore with.

My adoption adventure started around the campfire at Mabuya Camp, where I arrived at dusk, settled into my dorm bed (long story, confusions w my reservation and overbooking because of large US & British school groups there meant they didn’t have a single room!) So I threw my bag in a locker, staked out a bed in one of the dorm rooms, ordered a beer, checked out the campfire, and was immediately greeted by Edward and Amina.

Edward had been a chef at Mabuya Camp until a few months ago. He and his friend Amina both live just nearby and still hang out at Mabuya. We talked travel and life and beer and books (I’ve promised my copy of Poisonwood Bible to Amina when I finish it on this trip) and history and politics. Edward now works at the restaurant at the wildlife sanctuary a few km out of town, which was on my list to see. He had a meeting with his boss the next morning, so invited me to meet him in front of camp at 9am and bus over. Done!

The next morning I make my way to the wildlife sanctuary like a local (nice, but can’t hold a candle to being on safari!), drink a great cup of cappuccino (hard to come by in these parts) at Edward’s restaurant.

I had thought I’d be on my own the rest of the day, but it turns out Edward was done after his meeting. So we bussed back into town and he helped me line up a SIM card for my phone, find the local fabric market and curio stalls, change money, and eat a local meal of nshima and chicken for $1.50 rather than paying for the “expensive” $6-$8 lunch at the tourist and expat restaurants. 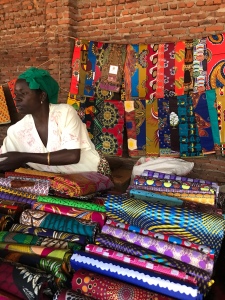 I crashed out back at the camp in the afternoon after having walked and shopped and eaten through much of the market district old city of Lilongwe. But not before Edward invited me to join him and his friends back at the restaurant that evening, for a party celebrating the restaurant’s 1 yr anniversary. 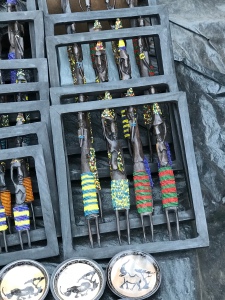 A stop at the craft market! Who wants one? I’m thinking of bringing crafts back and having a sale at home to raise money for the places I’m volunteering!

Only in Malawi could I have two competing plans by my second day in town. While I had an invitation to the restaurant anniversary party from my new Malawian friends, I also had plans to meet up that night with friends of a friend of a cousin – connected by “my who knows someone who knows someone in Malawi” game.

My first cousin’s (Vicki) husband’s (Dennis) niece Caitlin did Peace Corp in Malawi for the past three years. Caitlin grew up in the shadows of Mount Shasta (northern CA) and me and Adam had fond memories of doing a holiday party with her family when they would drive down to San Francisco to see Vicki & Dennis. (I think the last time I saw Caitlin, though, she was in middle school!)

As Murphy’s Law would have it, Caitlin went home from Peace Corp in May, but put me in touch with her Peace Corp friend Gina, who extended her time here for some forestry and environmental work for USAID. She and I were scheduled to have dinner that same evening. So even if I was going to have FOMO (fear of missing out) for skipping the restaurant party, I was looking forward to hanging with Gina.

So Gina picks me up to bring me to a restaurant near the hostel she’s been wanting to try. It was closed. So she says, “there’s a good restaurant at the wildlife sanctuary.” And I go: “yeah, they are having a party there tonight.”

She had just found out about the party an hour to two before, and I had heard about it the night before and been invited to it that afternoon. We had a good laugh at my speedy Malawi connection making, and went off to the party.

I tried Malawi gin (a cheap popular spirit here that is surprisingly delicious), met a few other of Caitlin’s friends, ate a tasty dinner, and had fun with Gina – joined by Edward, Amina and their friends – listening to the live band and watching people dance. No FOMO needed. You only live once, and by golly I did both things on my evening wish list!

Tagging along with my friend’s adopted friend

My roomate in the Mabuya Camp dorm was Katerina, a Swedish girl who had been backpacking solo in Africa for three months. She had most recently just completed a 40 hour bus journey from Kenya to Malawi across several different buses. Along the way, she was dropped at a busy junction outside Dar El Salaam to catch one of the connecting buses heading to Malawi. I asked her how the heck she figured that out. She said she was lucky: a Malawian grad student getting his MPH in Nairobi was on her same journey. Gregert guided her to the right busses, helped her smoothly through the overland borders.

Once in Malawi she was invited for dinner with his wife and kids. And the day I tagged along with her, Gregert had arranged for a friend with a car to take us on a drive tour of the city. So she too had been “adopted” there! And I got to tag along with her friends. 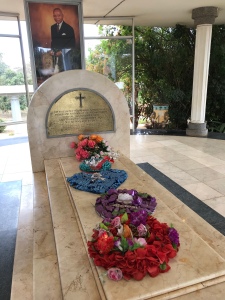 The mausoleum of Hastings Banda, the first president of Malawi

If you don’t make a friend in Malawi, it must be you (not Malawi)

So I get home from our drive tour, hang out at Mabuya Camp, and around the campfire meet Jen and Patricia, two fun loving Malawian friends who invite me to join them in a drink. Edward – who appears to be the man about town when it comes to knowing about restaurant parties – has told them about a restaurant opening party, and they have a friend with a pick up truck to drive us all there. I’m tired. Hungry. In dire need of a shower. But fuck it. My whole trip in Africa to date before Malawi I’ve in at our hotel room or campsite by dark. So I’m game to explore after hours. And by after hours I mean going out after 6pm sunset.

I climb in the back of the pick up truck and have fun with Jen, Patricia, Edward and Hafed – sitting around the campfire at the new restaurant, chatting with the excited new owner, and listening to a band, and meeting locals as well as expats from a range of fascinating backgrounds and organizations.

Patricia, it turns out, lives in Mzuzu up in the north of Malawi and was only in Lilongwe visiting friends. We discover that we both have tickets on the same bus to Mzuzu the next morning.

So, I not only have a travel buddy on the bus, but I’m invited to sleep at Patricia’s house in Mzuzu! 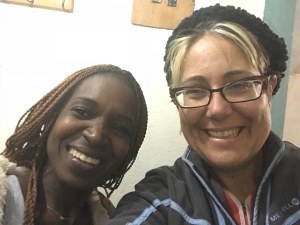 I’m sitting and writing this blog from the bus ride to Muzuzu, thanks to my Malawi SIM and to the bursts of cell service as we pass by some bigger towns enroute!

More to follow after my Muzuzu Malawi sleepover adventure!

One thought on “Getting “Adopted” in Malawi” 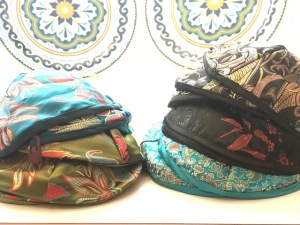 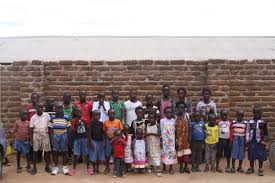